Intertronics' customer BPR Medical, based in Mansfield, Nottingham, is a good example of a small British company which combines expertise, creativity and entrepreneurialism to design, develop and manufacture world-beating products for export worldwide and use in the United Kingdom, for which it was rewarded in 2012 with a Queen's Award for Enterprise: Innovation. As with any manufacturing company, the success of its products depends to a considerable degree on assembly methods.

The company's latest success story is the Bidirectional Firesafe Cannula Valve, used for in-home medical oxygen supplies to extinguish fires which can occur in the line between the concentrator and the user's mask or nasal cannula. Such fires can occur if the line comes into contact with ambient flame - such as a candle - or, more commonly, if the patient is a smoker.

The UK's Home Oxygen Service supports some 90,000 patients. In the US, accident & emergency units attend to in excess of 1000 thermal burns a year caused by ignitions associated with home medical oxygen, of which smoking was by far the leading cause (National Fire Protection Association estimate}.

BPR's inline Bidirectional Firesafe Cannula Valve extinguishes the fire by cutting off the oxygen supply. It is a development of an existing, unidirectional design and acts as a thermal fuse whereby the oxygen supply is cut off when a fusible component softens as a result of the heat from an approaching fire in the oxygen delivery tube. Integrity of operation is vital and could literally represent the difference between life and death.

When BPR had chosen a two-part epoxy to bond both halves of the valve's body, the next task was to find a dispensing system that would assure deposition of a precise, repeatable volume of the adhesive, metered and mixed in the correct ratio, on to a cylindrical assembly. The resulting bond integrity would help ensure conformance for CE marking under European Medical Device Directive, as well as BPR's commitment to quality.

Technical Director Ben Johnson's team evaluated a number of possibilities, including premixing and dispensing via a pinch tube valve. This yielded inconsistent results due to changes in viscosity which begin to occur naturally as soon as epoxy is mixed, exacerbated by temperature fluctuations. It also took an unacceptable amount of set-up and clean-up time.

The accuracy of volumetric dispensing

Having determined that volumetric technology would be a better approach, BPR contacted Intertronics and two other vendors to arrange equipment demonstrations. Trials using the selected epoxy were conducted in a wide ambient temperature range, and rigorous pull, flexural and other testing of the assembled valve, revealed that the preeflow eco-DUO precision metering, mixing and dispensing system suggested by Intertronics was the correct option. It offers +/-1 per cent dosing accuracy, >99 per cent repeatability and can dispense volume flows of 0.2 to 32ml per minute, with a minimum volume of 0.01ml. The preeflow positive displacement technology means that the volume dispensed is not affected by viscosity changes in the material.

Key customer benefits were recognised as:

The two alternative potential vendors and their systems were also evaluated, but Intertronics was selected - not only on the basis of the eco-DUO meeting BPR's needs, but because of the lower total cost of ownership and promise of superior initial and ongoing support from Intertronics.

Ben Johnson and Product Development Programme Manager Mike Brudenell worked with Intertronics to configure the dispenser into its bespoke manufacturing jig, into which the two populated halves of the Firesafe valve body are manually loaded prior to being rotated whilst the epoxy is applied. Each of the 20,000 units per month produced at the time of writing is non-destructively tested, whilst regular samples are subject to a three-point flexural test.

The system operates an automatic purge at the end of the shift, eliminating the need for cleaning down. Control is via a preeflow plug "˜n' mix interface and stored settings ensure consistency and repeatability, and eliminate daily set-up time. Thanks to preeflow's accuracy, the volume of epoxy applied has been reduced to 0.05g from the pinch tube valve's 0.06g.

Ben Johnson comments: "We had to go through a number of stringent processes to ensure the integrity of the bonding of the two body halves. An essential part of this was how the two-part epoxy adhesive was applied: to ensure a highly accurate, repeatable dose on a rotating jig, but also to maintain the correct dispense volume regardless of viscosity changes caused by temperature. After evaluating a number of options, we chose the eco-DUO from Intertronics as it provided the best results for both of these criteria.

"Intertronics helped us choose a volumetric dispensing solution that was the best one for our needs. We've been very impressed with their expertise, they're responsive and always on hand to support us with any queries or technical support we might need. The way they've helped us to integrate and set up the system means that we always achieve a consistently high level of process capability. Not only that, but we estimate our return on investment to be in the region of £2000 a month."

For further information please see an application specific video at youtu.be/_xkT2DNxCAo or visit the Intertronics blog at www.adhere.uk.com. 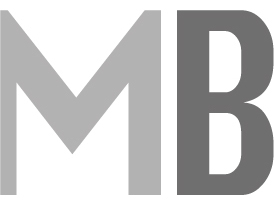 Managing a blooming nuisance in bonding

Considerations when choosing a dispensing robot

Free guide: How to specify a dispensing robot

Solving the productivity puzzle with technology and training

Mixing silicones for facial and other prosthetics

Accuracy and repeatability in precision dispensing with preeflow

L&L A-K015: a fast-curing clear adhesive for plastics and metals

DYMAX 3401 UV and moisture cure adhesive for plastics and metals

More applications
20 hours ago
New bifold constant torque hinge improves user experience
Southco has expanded its popular range of position control hinges with a new version that has been specifically designed for fold-out tables in passenger transit interior applications
22 hours ago
New FDA compliant cable entry plates
Foremost Electronics has introduced new KEL-DPZ-HD FDA compliant cable entry plates from icotek, specially developed for the use in the food and pharmaceutical industries
4 days ago
Boxing clever
A new chainflex cable box means big shipping cost savings for customers
4 days ago
New industrial vision online channel sees the light of day
Industrial vision provider IDS is making its expertise as a manufacturer of digital industrial cameras available free of charge and readily accessible on a new platform
4 days ago
Ball screws help protect buildings from earthquakes
Ball screws from NSK are helping to protect structures and people in earthquake zones
4 days ago
ATEX certification for new pneumatic valve island
Pneumatic process control offers numerous benefits, especially in hygienic applications. Bürkert says that its new Type 8652 AirLINE valve island provides users with improved safety features, communications and diagnostics
4 days ago
ABB launches condition-based maintenance service for robots
New service enables users to plan ahead and optimise production performance
4 days ago
What the UK-EU trade deal means for UK vehicle manufacturers
Now the UK has left the EU, the transition period has ended and the two parties have established a new trading relationship, UK-based vehicle manufacturers have some clarity over what they need to do to serve three key markets: Great Britain (England, Scotland and Wales), the EU and Northern Ireland
4 days ago
Farnell publishes Industry 4.0 ebook
New ‘Industry 4.0 Interviews’ ebook is available for free download from Farnell and showcases the opinions of leading global experts on the future of IIoT and Industry 4.0
4 days ago
Can DC motors be used at high temperatures?
There is no need for a heated discussion about it as maxon’s motor expert Andrew Gibson offers a view on the subject